Making your home energy efficient might not necessarily have your friends going ooh and ahh, but the comfort of a warmer home and the feeling of leaving a smaller carbon footprint (not to mention the money you’ll save on heating bills, which can be directly applied to that cashmere throw they will ooh and aah over) makes this a smart update. And Dutch Schwertner is just the guy to help you out.

Dutch Schwertner was hit hard by the recession—hard enough to be out of work for close to two years…until the 53-year old decided to put President Obama’s stimulus package to work for him to make lemonade out of lemons. Schwertner, who grew up in Radnor and lives in Chester Springs, was reading about the American Recovery and Reinvestment Act (ARRA), when two things caught his eye: 1) the government was going to make funds available for small business start-ups and 2) the government was going to invest in energy efficiency. A 30-year veteran of the home-building industry, Schwertner knew all about how to make a home energy-efficient and had strong feelings about lowering Americans’ carbon footprint and increasing the nation’s energy independence.

Schwertner was not able to access Federal stimulus business start-up money, which was earmarked for existing businesses. Instead he borrowed from investors and sold his vintage Corvette to develop an entrepreneurial company that would earn its keep from money dedicated to energy efficiency. The result, Green Stone Energy LLC, was responsible for weatherizing close to 150 homes last year, one third of which were financed through Federal stimulus money. Green Stone has a full-time staff of four and a part-time employee, and expects to be in the black by April 2011.

Of the $5 billion the Federal government dedicated to home energy efficiency, $252.8 million was allocated to Pennsylvania’s Weatherization Assistance Program, designed to help low-income households decrease energy consumption and costs. (The program, which began last year, should be able to fund weatherization for close to 30,000 more homes over the next two to three years.) Needy families are identified through local, non-profit organizations, which refer them to companies such as Green Stone Energy. These families see immediate savings, as the work Green Stone Energy does on their homes is fully funded by the government.

In the last year, Green Stone Energy has also worked with about 90 families who funded their own renovations, most of whom live in Montgomery and Chester Counties, many on the Main Line. These families can expect to see their renovations pay off in about two years through savings on their gas and electric bills. For local homeowners and small businesses thinking of this kind of work, the timing couldn’t be better, as a rate cap on electricity is scheduled to expire on December 31, meaning homeowners and businesses will see an anticipated 10 percent electric delivery rate hike and 8 percent gas delivery rate hike in 2011.

Schwertner began his career as a union laborer, working for his father in industrial construction. He then moved into new home construction, supervising construction of developments in the western suburbs. Before the housing market plummeted, he spent seven years as a project manager for a New Jersey based builder of commercial and residential properties from the Lehigh Valley to the New Jersey shore.

Schwertner’s own economic recovery is a wonderful example of American ingenuity. In fact, he’s been so successful and busy that his wife Nancy is concerned about when he will have the time to weatherize their own home after he used a blower-door test (see the sidebar) to determine that his house is in great need of air sealing of the leaky areas—it’s always the shoemaker’s children who go barefoot!

What You Need To Know About Home Energy Efficiency

• Air sealing is the most common weatherization change implemented by Green Stone Energy LLC.
• The next most common renovations are insulation and weather stripping of doors.
• September through March is peak weatherization time, but many families choose to weatherize in the summer to save on their air conditioning bill.

• The end of a state-mandated rate cap is expected to lead to a 10 percent rate hike on electricity delivery by PECO on January 1st.
• According to PECO, natural gas delivery rates will increase by 8 percent.
• The utility bills for a single family home often decrease by 20 to 40 percent after proper weatherization.
• It is usually more expensive to weatherize an older home than new construction.
• The typical cost of weatherizing a row home is usually about $800 to $1200.
• The typical cost of weatherizing a 3,000 square foot single family home is often between $1500 and $2500.
While each family’s energy usage and habits dictate their level of savings, many families recover their initial investment and begin profiting from weatherization within two years.

1. Air seal any areas identified by an energy audit/blower door test. Weatherizing steps can include caulking and/or weatherstripping around windows and doors, air sealing to prevent air movement between the floors, installing replacement windows where old ones have deteriorated and replacing broken panes of glass that allow air infiltration.

2. Add insulation to increase the building’s thermal boundaries/envelope. Blown-in (cellulose or fiberglass) insulation is used to upgrade existing attic and exterior wall insulation, either where no insulation exists or over existing insulation in attic areas, to increase the R-Values and energy efficiency. Closed cell spray foam insulation is inserted in hard to reach areas like crawl spaces. The foam insulation has a high R-Value per inch where applied and can stick to the underside of a floor, not only adding a higher R-Value, but also helping to prevent air movement between the crawl space and the rooms above. This insulation is also used on other areas of buildings, such as the exposed exterior walls during renovation or new construction.

3. Tune up and/or clean the HVAC system.

Credentials Necessary To Weatherize A House

February 28, 2022
Is your home too cold in winters and too hot in summers? Insulation installation is an important part of construction projects. When your home is properly insulated, it minimizes its impact on the... Read more 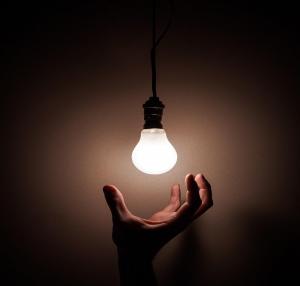 5 Reasons You Need an Energy Audit

February 15, 2022
With an energy audit, you can increase the efficiency of your home or commercial facility in Pennsylvania by reducing the impact of greenhouse gas emissions and energy costs. However, these are not... Read more